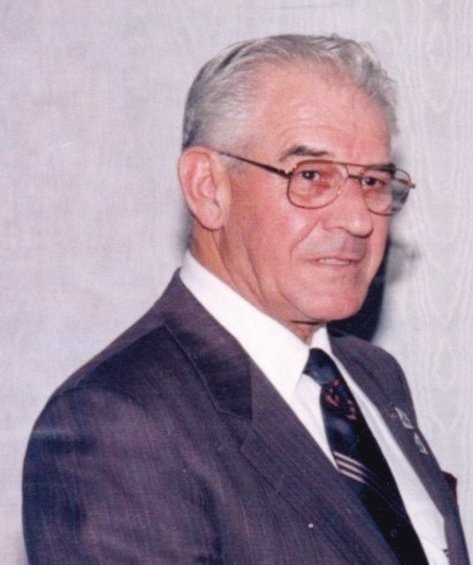 It is with great sadness, the family of Michael (Mike) Joseph Koval announce his passing which occurred on March 26, 2019 at the Saint John Regional Hospital. Dad was born in Windsor, Ontario on May 15, 1931. He was a son of the late Michael and Mary Louise Anastasia ”Stella” (Pizurie) Koval. In addition to his parents, Mike was predeceased by his loving wife Maria (Jaillet, Briggs) Koval and his sisters Mary McHale and Irene Walton and brothers Francis (Frank) and Gerald.

Mike retired from NBTel in 1988 after a long and rewarding career as an inside plant engineer. In his early years Mike was an avid hockey player. His many interests included hunting, boating and snowmobiling before retiring and spending his winters in Florida. Mike was an active member of the Telephone Pioneers and was a valued member of the Board of Directors at Computers for Schools where he volunteered for the last several years. Mike was a long time Ham Radio operator, (VE1AJI signing off for the last time).

Mike’s family would like to express their thanks and appreciation to the doctors and nurses at SJRH Palliative Care Unit for all their exceptional care and compassion.

Arrangements are under the care and direction of Kennebecasis Community Funeral Home, 152 Pettingill Road, Quispamsis (849-2119 with visitation on Sunday, March 31st from 2:00 -5:00 PM. A Mass of Christian Burial will be celebrated from Our Lady of Perpetual Help, 31 Gondola Point Road,  Rothesay on Monday, April 1st at 11:00 AM. A private family interment will take place at St. Joseph’s Cemetery at a later date. For those who wish, remembrances in memory of Mike may be made to a charity of the donor’s choice. Online condolences may be placed at www. KennebecasisFH.com.

Share Your Memory of
Michael
Upload Your Memory View All Memories
Be the first to upload a memory!