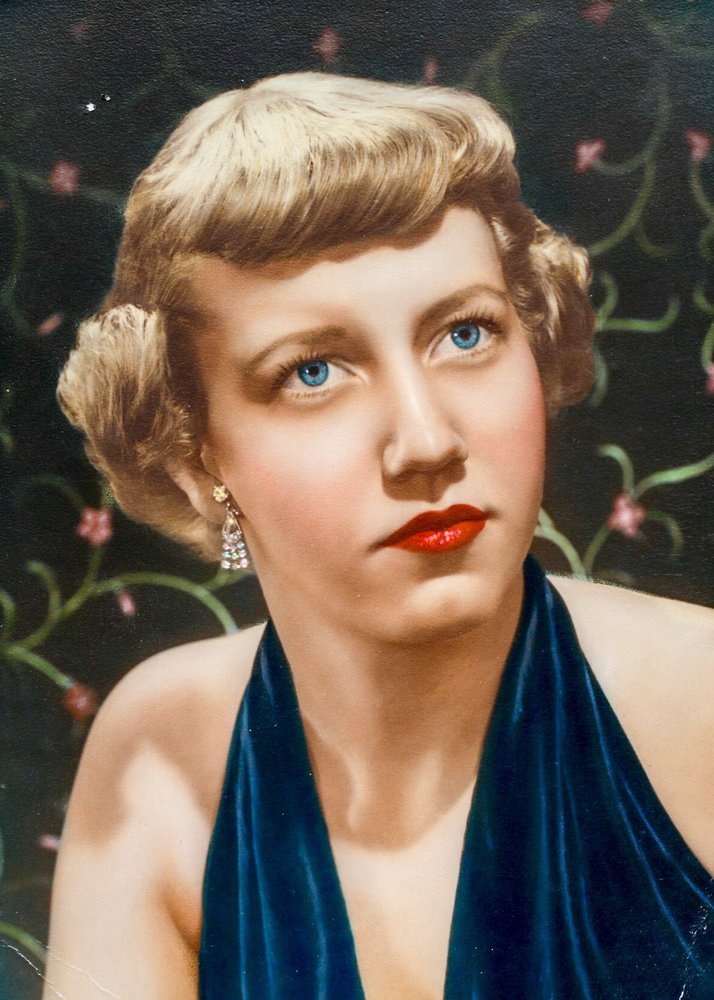 Born on April 17, 1932, in Kapuskasing, ON, she was the daughter of the late Jussi (John) and Irja (Irene) (Pokki) Talvitie. Her family later moved to a rural area near Thunder Bay, west of Kakabeka Falls.  She would tell tales of having to ski across snow covered fields to get to school, often under the watchful eyes of timber wolves lurking in the treeline.  Growing up on a farm meant plenty of chores but she still found time to fish and hunt.  In her late teens she joined the workforce as a waitress, serving customers at the popular Finnish restaurant The Hoito, in Port Arthur.  Her artistic abilities led her to move her career towards photographic retouching at Fryer Studios in Fort William. With nothing but a pencil she would correct errors and flaws in photographs.  In 1964, with two young boys, she and Bud moved cross country to Saint John then the Kennebecasis Valley where they would remain.  Although her work as a stay-at home mom kept her very busy she still found time to express her artistic talent through the fine arts.  She loved to draw, preferring oil paints but sketching with charcoal, pencil and pastels as well.  Cake decorating came next.  From birthdays, to anniversaries and weddings she covered them all.  Her interest in dollmaking began when she wanted to repair an old Eaton’s beauty porcelain doll from her childhood.  After traveling to take courses from professionals she jumped in with both feet.  Her talent and level of expertise led to a 2 month exhibit of her creations at the ABEC in uptown Saint John.  It was simply called “Elsie Doley's Dolls”.  Many of her grandchildren are immortalized in porcelain or clay.  The early 80’s to the mid 90’s saw her and Bud traveling abroad with Hawaii being their favorite destination.  Also in the early 80’s she took up bowling.  In 1997 she was a provincial champion as a member of the team that won the Lou Vaughan B Division mixed provincial title.  She kept bowling for many more years making many friends along the way until health issues forced her to put away her bowling balls.  She loved her grandchildren.  Whether it was making gingerbread houses at Christmas, custom designing birthday cakes from a picture in a book or magazine, traveling across the country, province or city to watch a basketball game or teaching young girls how to make and bake cookies she loved her time spent with her grandchildren.

Arrangements are under the care and direction of Kennebecasis Community Funeral Home, 152 Pettingill Road, Quispamsis (849-2119) with visiting on Wednesday, July 31, 2019, from 2-4 and 6-8 PM. Funeral Service will be held at Kennebecasis Funeral Home Chapel, on Thursday, August 1, 2019, at 1:00 PM. Interment will take place at Ocean View Memorial Gardens. For those who wish, remembrances may be made to Heart and Stroke Foundation of NB or the charity of the donor's choice. Online condolences may be made at www.kennebecasisfh.com

Share Your Memory of
Elsie
Upload Your Memory View All Memories
Be the first to upload a memory!