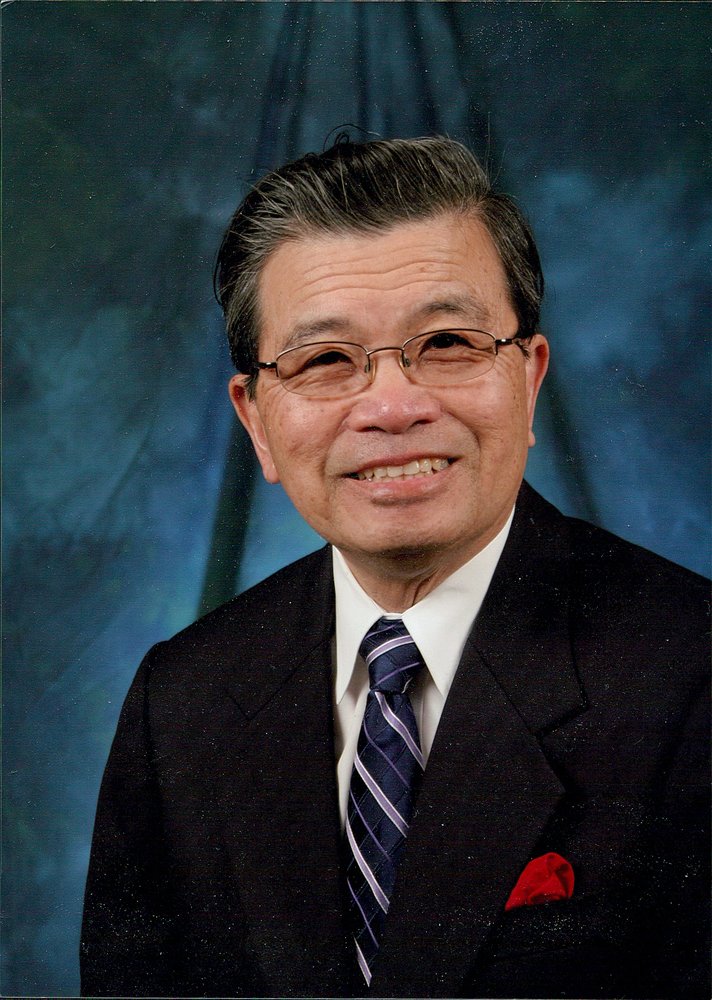 John arrived in Canada from Hong Kong as a first year student at St. Mary’s University in Halifax, with aspirations of a career in medicine. He graduated from Dalhousie Medical School in 1963 and interned at the Saint John General Hospital. In 1964, he started his practice in family medicine which continued over 40 years, of a humble and dedicated service to families in the greater Saint John area, including the community of St. Martins. Some of his fondest memories, (before Medicare), were bringing home “payments” in baked goods, freshly caught fish or fresh vegetables!

His commitment and dedication to serve others saw him working tirelessly during the day, and long into the nights and weekends of being on call, making house calls, delivering babies, and doing emergency room shifts; essentially, doing what he loved, and what he felt was his calling.

Always in the pursuit of higher education and clinical excellence for his patients, he pursued post-graduate training in paediatric cardiology, and later clinical allergy, chronic pain and addiction management. He established the Loch Lomond Medical and Pain Clinic, along with his wife, Maureen who served as Nurse Clinical Manager. This practice integrated the “East meets West” philosophy, allowing  him to fulfill his dream of helping those in need. He served on the Board of Directors, and as clinical teacher, for the Acupuncture Foundation of Canada, and was President of the NB Chapter.

Other contributions include:  Occupational Medical Officer for MacMillan Rothesay Paper for over 25 years, Charter Member and President of the NB Society for Clinical Allergy, and various other roles on the local and national level.

In 1992, he was awarded the Canada Commemorative 125 Medal by the Governor General in recognition of significant contribution to compatriots, community and to Canada.

His life of devoted service and faith was recognized by many.  He was elected the youngest Life Elder (age 39) of The Silver Falls United Church, where his tenor voice, and love of music, could be heard in the choir, and at home, every week, or behind the scenes for Chinese suppers for fund-raising or suppers for young campers.

John loved to cook - more accurately, to feed and nourish his family, friends, relatives, and anyone who walked in the door.

John had a good sense of humour and enjoyed hearing a new joke or story, especially one that he could repeat to others during his many gigs as MC, as President of the Chinese Cultural Association of Saint John, on stage at Festival-By-the-Sea, or speaking at a friend's wedding or anniversary.

With his fellow magicians at the Saint John Magic Club, he discovered the charm of performing magic tricks for his grandchildren and many others.

In his spare time he also enjoyed traveling around the world, practicing Tai Chi, gardening and fishing.

His life was honoured and celebrated in a beautiful, private family service officiated by Rev. Leander Mills, Dr. Rev. John Crawford and Father Michael LeBlanc. Gifts of music were provided by pianist Claire Driscoll. Readings and musical selections were done by all eight grandchildren. Words of loving remembrance were shared by his children and brother, Henry.

He is predeceased by sisters Elizabeth (Jack Wong) and Margaret(David Poon).

A special thank you to the nurses and staff of Kingsway Care Centre, as well as Palliative Care at Saint John Regional Hospital. Thank you to everyone in the community who shared Dad’s life, laughter and love.