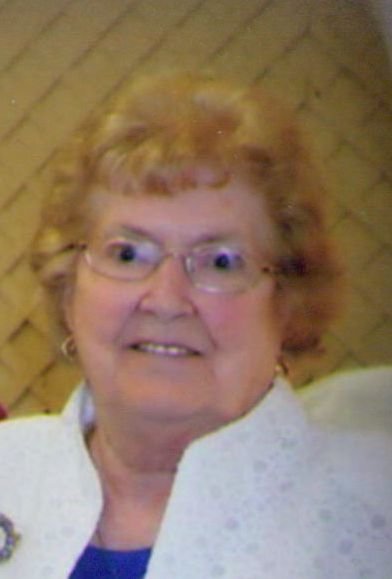 The death of Mary Rosanna Olsen of Rothesay, wife of the late Andrew Olsen, occured on Thursday, December 5, 2019 at the Saint John Regional Hospital.

Born in Saint John on February 11, 1929, she was a daughter of the late Carson and Gladys (Shires) Mitchell. Mary was employed as a Traffic Clerk with CHSJ for several years. She enjoyed Bingo, Cribbage and yard sales.

Besides her husband and parents, Mary was predeceased by her brother David, and her companion Kenneth Fullerton.

In keeping with Mary’s wishes, there will be no visitation or funeral service. Arrangements are under the care and direction of Kennebecasis Community Funeral Home, 152 Pettingill Road, Quispamsis (849-2119). Interment to take place at Cedar Hill Extension Cemetery on Monday, December 9, 2019 at 1PM . For those who wish, remembrances may be made to the Lung Association, Heart and Stoke Foundation of NB or to the Canadian Cancer Society.

Share Your Memory of
Mary
Upload Your Memory View All Memories
Be the first to upload a memory!