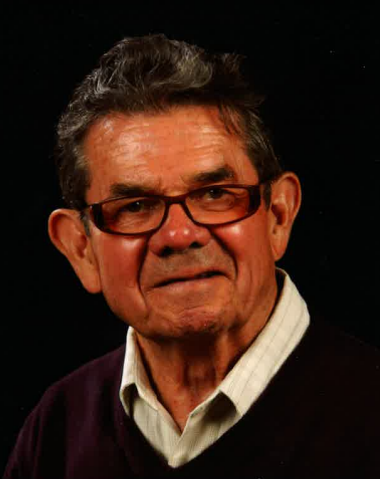 Born September 26, 1934- passed away peacefully after a life well lived on Sunday, December 22, 2019 at Kingsway Care Centre with family by his side.

Bill is survived by his wife of 60 years, Anne (Williams); brothers, John and Len (Nancy); sisters, Dianne (Bob Wall) and Linda (Dick Fransham); sisters-in-law, Rosemary Perry and Lil Williams; as well as numerous nieces and nephews. He was predeceased by his parents, his brother Robert and sister-in-law, Grace; also by his brothers-in-law, Neil and Stan Williams; nephews, Steven and Gordon Williams; and sister-in-law, Eileen Williams.

Bill spent his early years in Kilmar, Quebec, then graduated PENG from UNB in 1958. He served in the Canadian Army through ROTP and was in Gaza Strip (1964-65), retiring from military in 1968 with rank of Major. Bill then went to work for Canada Post as senior mechanical engineer in several postings in Eastern Canada as well as 18 months in Trinidad. He retired in 1989, to Long Reach, NB, where he quickly became active in the Long Reach Fire Department, Anglican Parish of Kingston and Parkinsons Society. In retirement, Bill and Anne enjoyed travels in Canada and elsewhere. He fought a courageous battle with Parkinson’s disease with strength and courage for almost 25 years.

Bill’s family would like to thank the outstanding staff of Kingsway Care Centre, Quispamsis Wing, for their loving care and compassion to both Bill and Anne over the past 18 months.

In keeping with Bill’s wishes there will be no visitation, a celebration of Bill’s life will be held in the spring. Arrangements are under the care of Kennebecasis Community Funeral Home, 152 Pettingill Road, Quispamsis (849-2119). For those who wish, remembrances may be made to Kings Way Care Centre, St. James Cemetery Fund, Parkinson’s Society or the charity of the donor’s choice.

Share Your Memory of
Bill
Upload Your Memory View All Memories
Be the first to upload a memory!