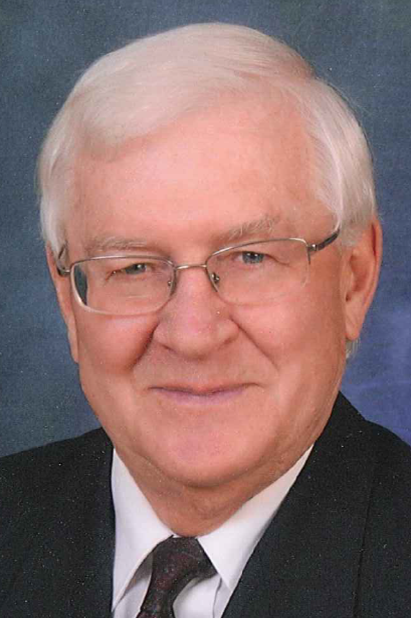 It is with sorrow and many wonderful memories that we announce the passing of Dr. Paul Seely Fanjoy on Tuesday, October 27, 2020, at the dedicated care of Bobby's Hospice.

Paul was born in Saint John, on February 13, 1938, a son of the late Newton and Muriel (Seely) Fanjoy. He married Jill Edgecombe of Saint John in 1967 and they had 53 loving years together.

Paul graduated from Saint John Vocational School, Nova Scotia Agricultural College, and the Ontario Veterinary College/University of Toronto. He worked in Chicago and Halifax and then opened up his own practice, the Fundy Animal Hospital in Saint John in 1972. He enjoyed his practice spanning 35 years during the beginning of medical advancements in the care of companion animals.

Paul loved Saint John, taking all friends and visiting relatives on many driving tours. He was brought up in the North End and summers in his youth were spent in Epworth Park. He loved music and played in 5 bands over his earlier years, one being the Military Band in the King’s Square bandstand. Paul had his own dance band at University and played “The Last Post” at many ceremonies. He was a member of St. Paul’s Anglican Church in Rothesay.

His pastimes found him golfing and sailing in his boat that he had moored in front of his lovely home on the Kennebecasis River.  He loved skiing with his friends and family with many a winter spent in Sugarloaf.  Paul had a passion for gardening and being a chef, entertaining friends and family with his wonderful meals and wine. He and Jill took many vacations, and loved to travel throughout Canada, the US, and overseas after retirement.

Besides his wife Jill, he is survived by his three children, Jennifer (Leonard) of Alberta, Jason (Jaye) of British Columbia, and Jeffrey (Lisa) of Ontario. His eight much loved grandchildren are Gabe, Josh, Autumn, Ella, Eve, Sunny, Iris and Willem. Paul also has many nieces and nephews, all of whom were special to him.

He was predeceased by his brothers Emery (Nan) and Harold, and survived by his sister-in-law, Marilyn Fanjoy.

Paul is resting at Kennebecasis Community Funeral Home, 152 Pettingill Road, Quispamsis (849-2119) with visiting on Friday, October 30, from 2-5PM. Funeral Service will be held at St. Paul’s Anglican Church in Rothesay, on Saturday, October 31, 2020 at 1:00 PM. For those who are unable to attend, a livestream of Paul’s service will be available at https://www.stpaulsonthecommon.com/live    Interment will take place in Fernhill Cemetery. For those who wish, remembrances may be made to Bobby’s Hospice or to a charity of the donor’s choice.

Share Your Memory of
Dr. Paul
Upload Your Memory View All Memories
Be the first to upload a memory!