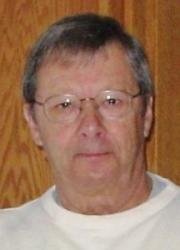 The death of Norman Joseph Roy of Markhamville NB occurred on Feb 9th 2014 at the Saint John Regional Hospital after a brief but courageous battle with cancer. Born in Legaceville NB, the son of Amedee Roy and the late Edna Roy (Allain). Norman was a devoted family man and a good friend to many. Norman’s humorous and playful nature was ever present and brought smiles and laughter to all. Norman was an avid outdoorsman, enjoyed camping, hunting and fishing, was an accomplished musician playing fiddle with the Happy Go Lucky Fiddlers, enjoyed woodworking, and particularly enjoyed motorcycling. During his working years Norman held a foreman position at Ocean Steel, was a fitter/welder at CFM, and then later joined Local 213 Pipefitters Union as a welder for Security Mechanical until retirement. Norman is survived by his father Amedee, 2 sons, Laurie (Wendy), Michael (Helen); one daughter, Deborah (Stephane); 2 brothers Ulysse (Lynn), Marc (Sherry); one sister Lola Brown (Bill); 4 grandchildren Rochelle, Niklas, Danielle and Julia; 2 aunts, Irene and Edna, nieces and nephews, and special friend Lynne Starkey. He was predeceased by his wife Ruth (Hewitt), mother Edna and sister Odette Bower. Resting at Kennebecasis Community Funeral Home, 152 Pettingill Road, Quispamsis, (849-2119), with visitation on Tuesday from 2-4 and 6-8 PM. A Mass of Christian Burial will be celebrated on Wednesday, Feb 12, 2014 at 11:00 am from St. Mark’s Catholic Church, Pettingill Road, Quispamsis. Interment will take place in Fernhill Cemetery. For those who wish, donations may be made to the Canadian Cancer Society. Online condolences and remembrances may be placed at www.KennebecasisFH.com

Share Your Memory of
Norman
Upload Your Memory View All Memories
Be the first to upload a memory!